Reflections from a Class Reunion 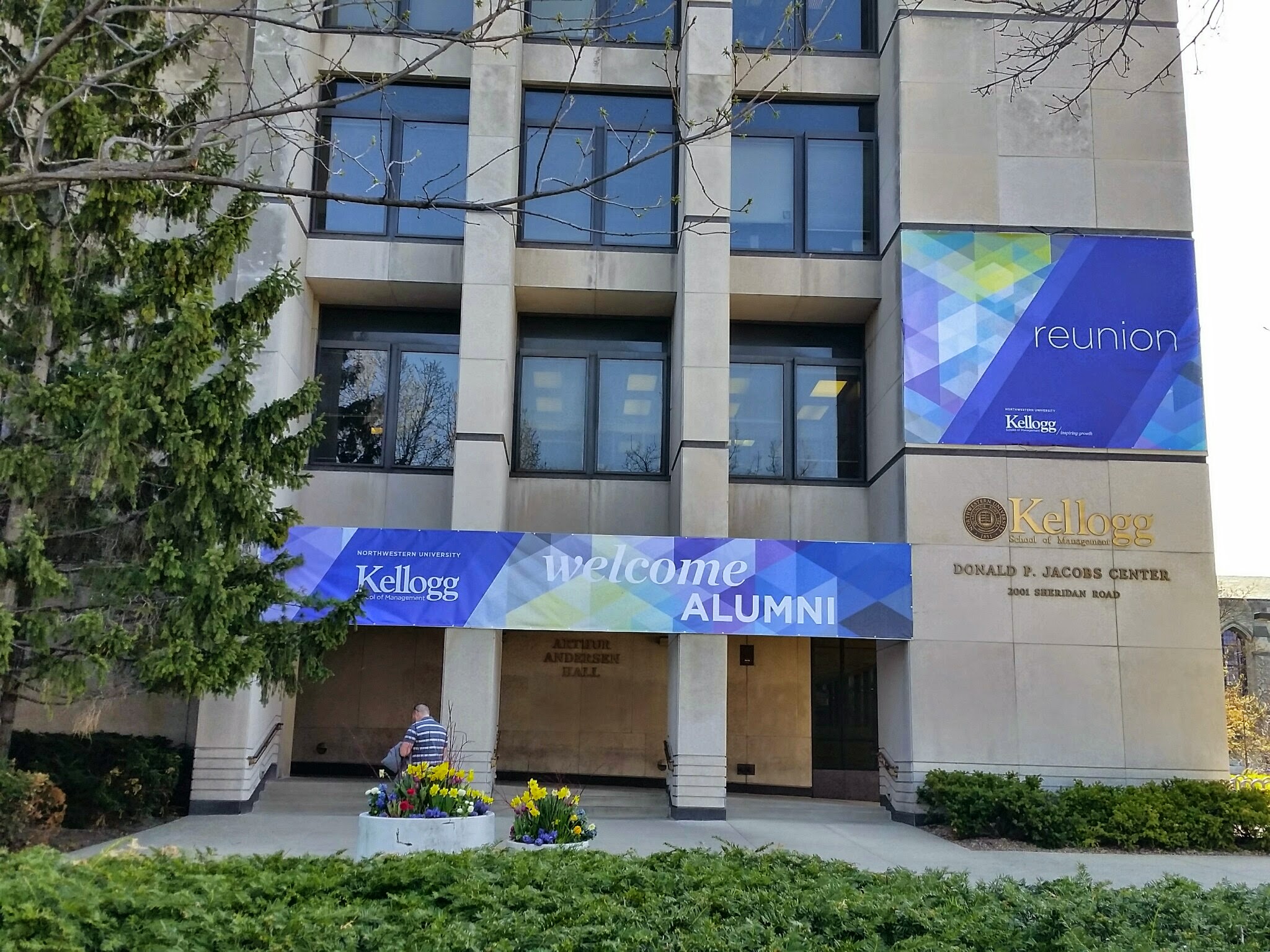 Reflections from a Class Reunion

Last weekend, I attended my graduate school reunion. I was looking forward to this reunion since I missed my class’ last reunion 5 years ago. I’m not going to tell you which reunion it was, but it was more than 10 years and less than 50. Later in this story, I’ll relay a humorous situation that occurred which should give you a hint on the number of years.

I attended the Kellogg Graduate School of Management located in Evanston, Illinois. I really enjoyed attending the school and have been back on several occasions during the years. The reunion started with a lunch program on Professional Storytelling, which I really enjoyed. Later, there were class specific receptions located at various venues in the area. When I attended the Friday events, I didn’t think about blogging about the weekend, but after mixing with my former classmates for a while, I noticed a common theme about them. As students, we were all very ambitious. We were going to rule the world and be future CEOs. Several became CEOs, but now, it seemed like that ambition was replaced with wisdom. My former classmates had experienced the world and seemed to be wiser about it. They exuded an air of confidence about themselves versus the cockiness we had when we were students.

As I listened to what they shared about they were doing now, I heard a variety of stories. Several were senior level corporate executives. Some had stepped out of the corporate world and were now either on their own or looking for opportunities. There was even one former classmate who experienced the corporate executive suite, presided over the sale of the division and was now on her own. It was great seeing her again.

I took the road less traveled. Almost half of my years since graduation were spent in entrepreneurial adventures, either on a full time or part time basis. I also started teaching 7 years ago to provide a more consistent income while I grew my consulting practice. Now it has become my primary source of income as I’m on the faculty for 3 universities. I really enjoy my lifestyle as it enables me to consult when I want to and be with my family more. In one of the courses I teach, we spend a lot of time discussing ethnographic research, which is the study of people in their natural environment. I’ve always liked to observe people and this weekend was like the mother lode of ethnographic research.

The most humorous moment of the weekend happened near the conclusion of the reunion picnic. As I was talking to some 2010 alums a young lady walked up to me who was also from the 2010 class. I introduced myself as she intently looked at my badge and said, “You graduated around the same time as my…” I stopped her. I had a feeling I knew what she was going to say and wanted to stop her before the words were out of her mouth never to return again. Then I decided, it was futile since everyone around us had the same clue, so I let her continue. I apologized and asked her what she was going to say. She said, “My father graduated around the same time you did.” I looked closely at her name tag and recognized the last name (it was not a common name) and realized that I had definitely attended Kellogg the same time as her father. In fact, he was a year ahead of me and I knew him well enough to remember his face.

It was all good though. We all had a good laugh and joked about it. It didn’t dampen the weekend one bit. I was a bit much though for an {old} ethnographic researcher like me.

Thanks for the writeup about this year’s reunion. These events always reinvigorate me.