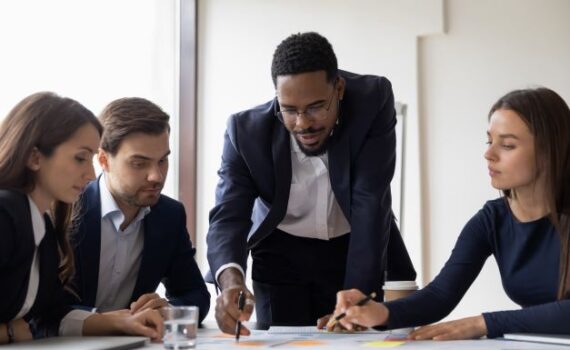 The three primary situational influences that impact a leader’s effectiveness are the:

The influences can get out of equilibrium, such as when the Leader is working with strong or powerful Followers. This can occur in working with doctors at a hospital, tenured professors at a university, a union workforce, professional athletes and even some volunteer organizations. All of these scenarios can make it difficult for a leader to be effective. For example, a strong Follower or group of Followers could easily derail discussions and subvert the Leader’s plans and weaken the Leader’s influence.

The influences can also get out of equilibrium when the Leader is facing a challenging Environment. This can occur when the industry is facing dramatic changes like what has existed in healthcare with the technology changes and the during the pandemic. A shift in how consumers shop has also caused a challenging environment for brick-and-mortar retailers. They have either had to adapt or go out of business.

Another way the influences can get out of equilibrium is when the Leader overwhelms the Followers and the Environment. This is not leadership in any form; it is simply intimidation. Not much can be done in this situation until the Leader becomes self-aware enough to want to change or is replaced. Until then, the Leader will most likely experience a steady exodus of Followers leaving the organization and the decline of the department or organization.

In extreme situations, the Followers and Environment could both be out of equilibrium at the same time. This is often witnessed when the government or culture is required to change with a group of powerful followers who are resistant to change.

Whatever the situation, to be effective, the leader must adapt to return all the primary influences back to equilibrium.

In addition to the primary situational influences there are other forces at work which a Leader must be cognizant of to be effective. Even if the Leader is at the top of the organization, they still report to a Board of Directors or the community. If the person in the Leader position is in middle or senior management, they need to also work with their Manager and/or Peers. The most effective leaders are the ones that are not only adept at managing their primary situational influences but are also adept at handling their managers and peers. A Leader provides leadership of the Primary Situational Influences and manages the Secondary Situational Influences. Consequently, the total leadership influences model for any position in an organization should include all four influences plus the Leader.

Situational awareness is always one of the livelier discussions in the new leaders program I wrote and teach for the military. As you can imagine, situational awareness is acutely important in the military as they have to be able to quickly access a given situation and act appropriately. The discussions were not about battle situations, but about how they had to daily manage those under their command, work with their peers and their superior officers.

Business leaders can learn from how the military approaches situational awareness. It is not something that should be an afterthought or an occasional thought. It is something Leaders need to constantly adapt for to achieve maximum leadership effectiveness.